Fluorine containing phases have attracted some interest due to the alternative selectivity they show compared with alkyl phases. In addition to hydrophobicity which they share with alkyl phases, they also show oleophobicity and increased interactions with fluorine containing species. Although these differences are not always pronounced, they can provide a useful alternative selectivity.

Perfluroaryl phases have been marketed for some time but they have a reputation for instability due to the perfluoroaryl being a good leaving group in terms of SN2 reaction.

Our approach has been to use the more stable Tridecafluorooctyl ligand attached to our Avanti BDS and end capped. A noncapped version can be supplied if required.

The attached chromatograms show the increased retention of a perflurobenzene and the reduced retention of hydrocarbons when compared to the Avanti C8 BDS phase.

The BDS base also allows the phase to show good peak shape with bases under the usual low pH conditions but with longer retention than the C8 phase.

Due to the low surface energy of the packings, conventional slurry solvents can lead to aggregation. We have found dichloromethane to be a suitable slurry solvent for packing. 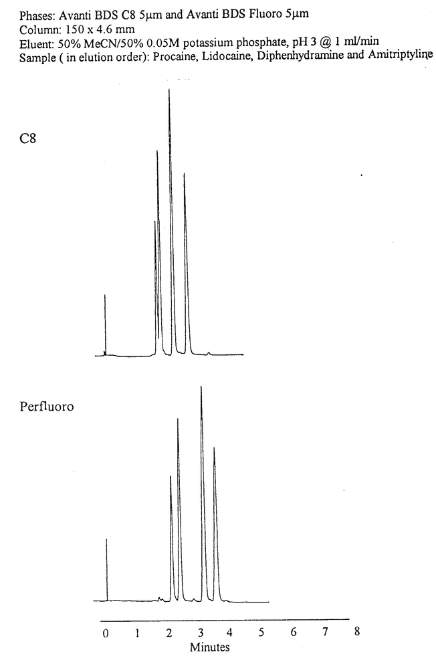 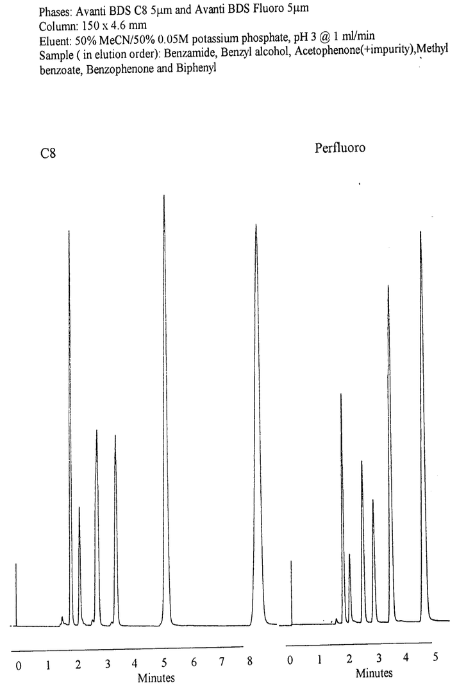 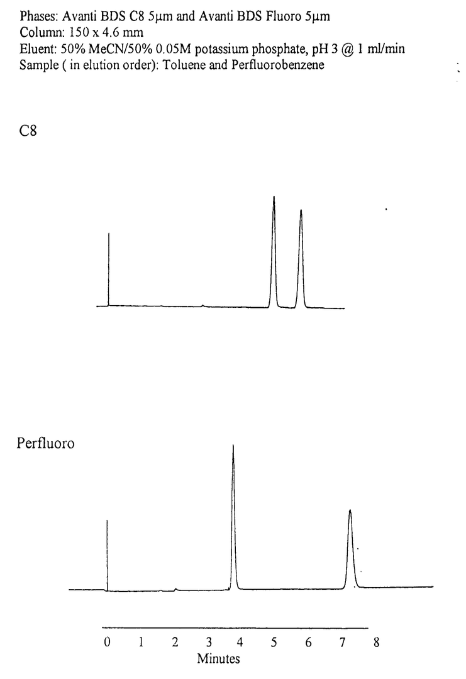